rest (in memory of Thelma Cullingham) \ We shared her interface, became intimate – her sweat, her tears, her blood stains between my legs, the cigarette burns, the unraveled hems, her skin dust locked in the weave mixing with my own. 2005 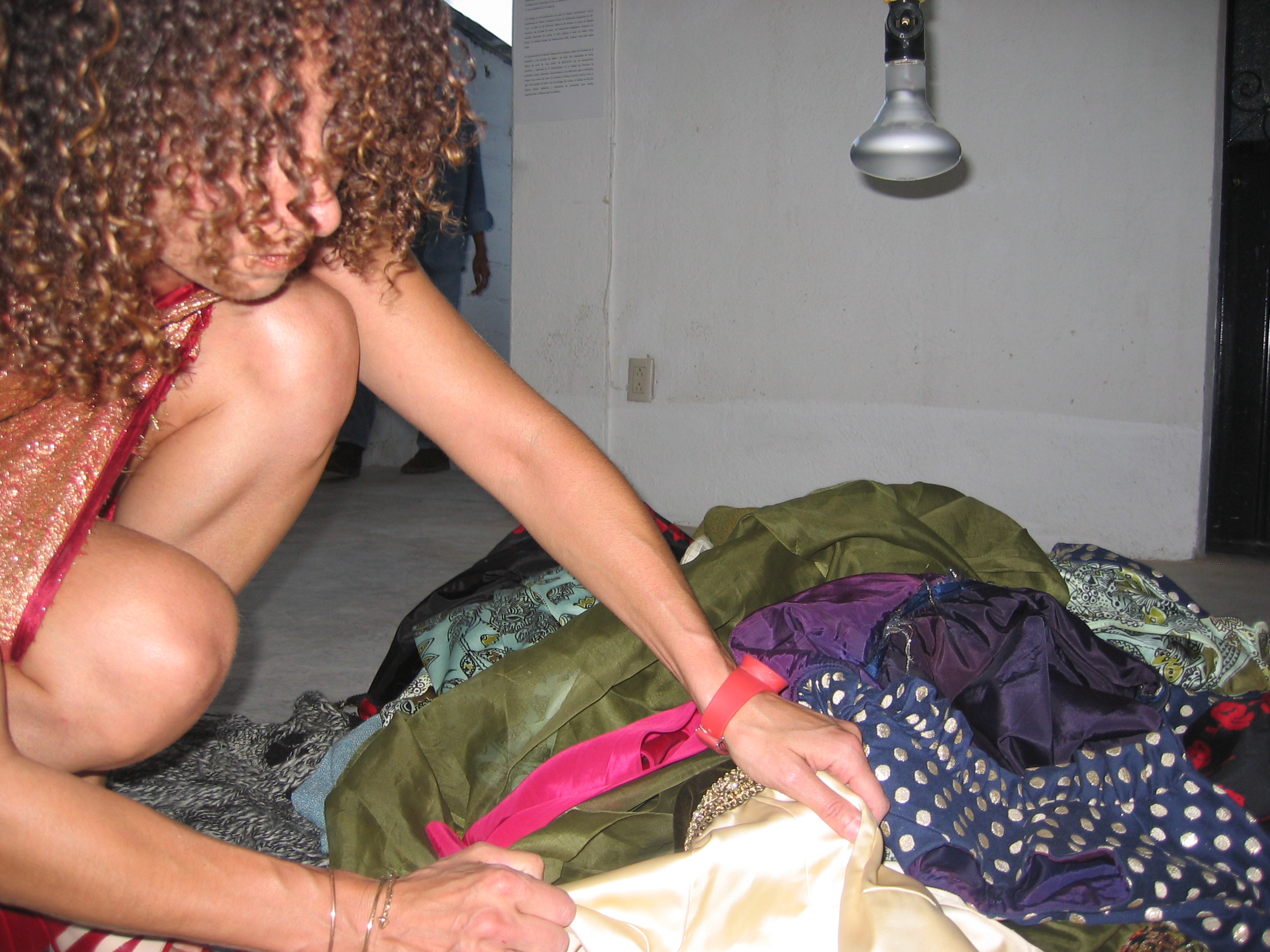 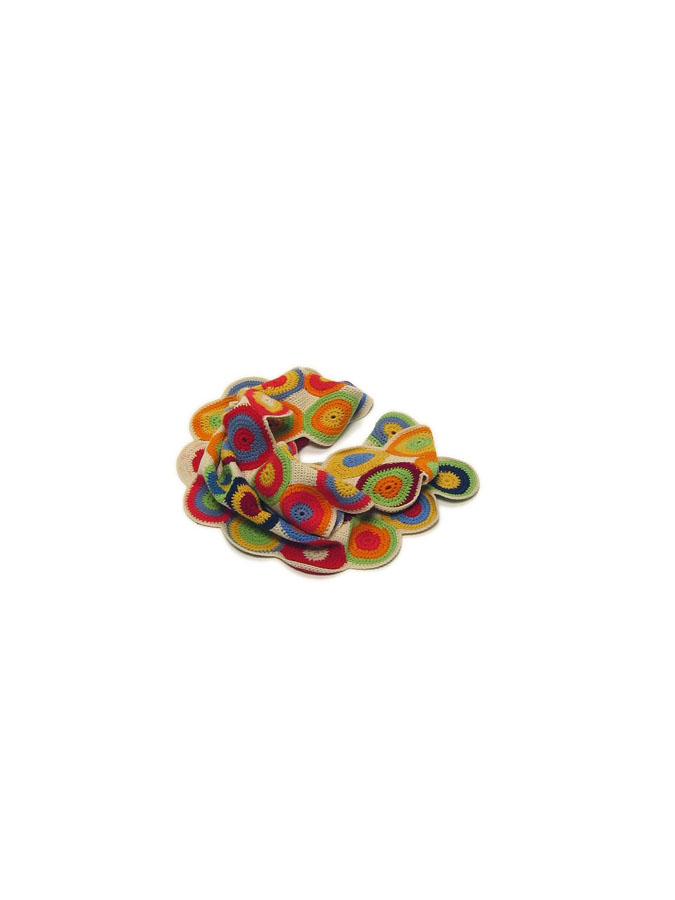 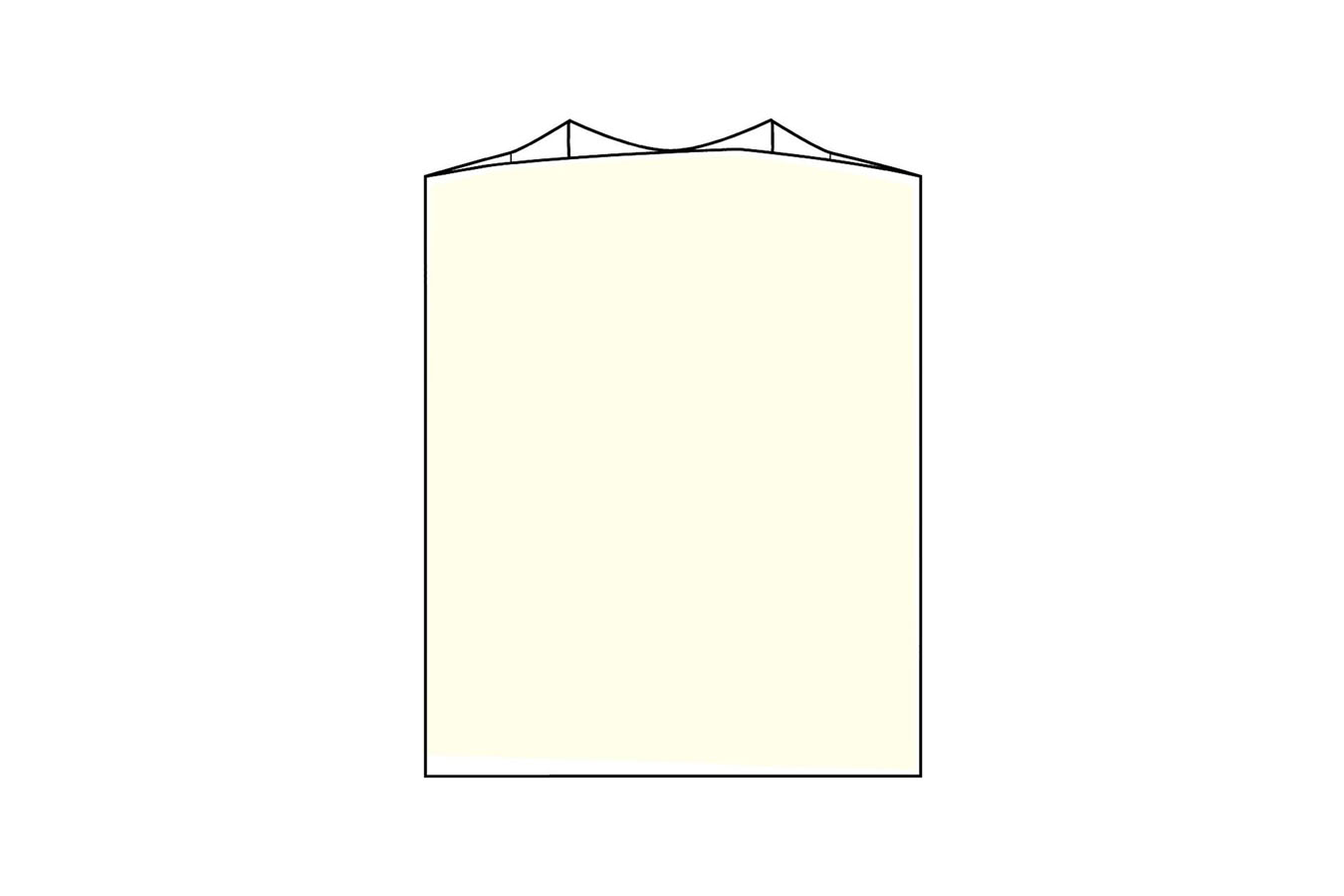 rest (in memory of Thelma Cullingham) \ I imagined her into being then put her away in neat packets. 2003 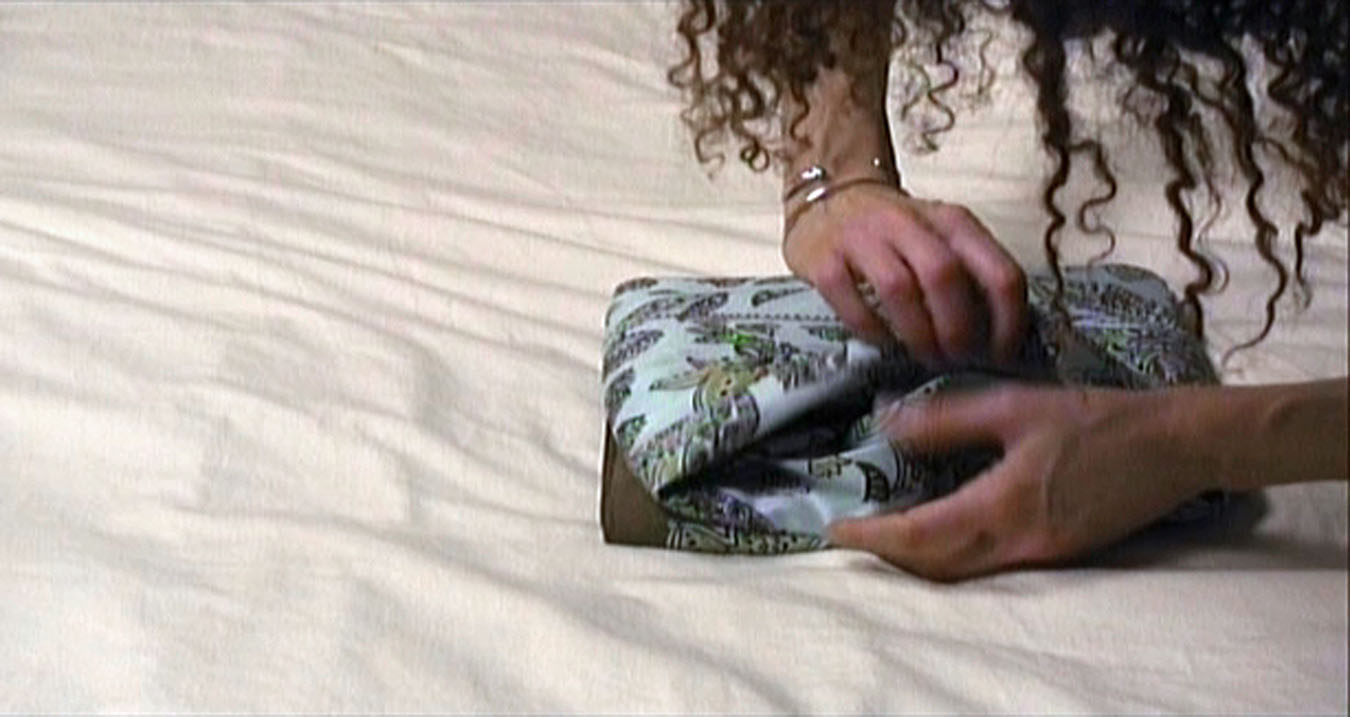 rest is an intention to know Thelma, a woman who came to me disembodied –rather, embodied by her residue. Late December 2002, while attending a neighborhood secret Santa family party, a woman with whom I was only remotely acquainted, offered me use of her mother’s hand crafted dresses to work with as artistic material. Thelma Cullingham had recently died. Among her numerous effects were a number of garments well preserved since her 1968-1972 posting to Washington, DC in the role of the wife of a Canadian Broadcasting Corporation public relations officer. During the Washington years Thelma was a frequent hostess and guest to parties attended by international dignitaries, politicians and press. The little I know about Thelma, I have learned experientially through examining, handling, dressing, wearing, undressing from and working with her garments. I amplified my imagined Thelma with garments collected from other (grand)mothers to me –my own mother June Girvan, mother in law Toni Kiss, maternal grandmother Lily Taylor and, paternal grandmother Käthe Reifarth Feldman. As are many of my works, rest is an elegy. The artwork explores sensuality, vulnerability of nakedness, memory, loss and grief, longing and longing for order.

Thelma came to me empty. Each handcrafted frock –named, worn, soiled, torn and bequeathed, became a concentrated narrative seeking to be imagined. I imagined Thelma into being, then put her away in neat packets. rest documents my intimate gestures performanced in relation to this absent woman made present –haunting shape, proportion, colour, texture and cloth.

I created rest concurrently with my artwork mean body (as in Standard) / the chimaera set. It seems a paradox that the garments of rest are more naked than the naked bodies in mean body. The dresses became a kind of analogue stand-in for felt experiments with intention, energy, gesture, for the creation of the intangible digital artifacts that are the body fragments of the chimaera set. rest bridges the immaterial and disembodied practice of my technological works back to the tactile drives of touch.

The body is common. Our bodies link us to others in time, place and history. Thelma's body was literally larger and smaller than my own –a reflection of evolving sociality. Economies, freedoms, choice. Social hierarchies written into the body. Her delicate waist. My athletic shoulders. We shared her interface, became intimate. I held her blood stains between my legs, her skin dust locked in the weave mixing with my own.

I have heard described one grey scale photograph of Thelma standing arm in arm with Pierre Elliot Trudeau. In that photo, Thelma was wearing a coarse wool dress suit of olive green wool and chocolate brown suede. The dress is sleeveless and boxy, not too revealing of Thelma’s petite figure but for an inch or so of leg made visible above the knee. The coarse wool dress suit is a little sexier than the quilted pale blue wool with pale blue suede bell bottom pant suit of similar inspiration and definitely more appropriate to the portrait with the Prime Minister than the pink and gold lame number that I wore to the opening of the Armory Art Fair in New York City that spring. The olive green jacket is short, Chanel inspired, resting just above the hip. The wool suit’s conservative exterior is defied by the dynamic bold strokes that pattern the lining. Unlike most of Thelma’s cocktail outfits, which she hand stitched using Vogue sewing patterns, this wool and suede dress suit was custom tailored for her in Ireland. From the numerous perspiration stains, couple of cigarette burns and well worn lining, I know that this was one of her favorites. I wonder if Thelma traveled to Ireland on vacation or if she accompanied her husband on CBC related business.